The Time Gates were created to occupy a space which holds all possibility.  As the Time Gates are opened and time flows equally in all directions, Everything that you have held on to emotionally, physically and mentally is now given a declaration of release.  The opening of these Time Gates herald a deep and great healing for all of humanity.

The walls in your heart, in your life, in your thinking – have served you well.  They have kept you looking at the same memories over and over again, never revitalizing what you once dreamt in the past, always bringing the heavy burdensome dark past into the very raw now, on the way to the immediate future. Time was birthed to keep you dimensionally safe, until you were ready to expand your creative perimeters.  As the constructs of holographic self imposed  invisible walls and ceilings are released you are free to fly home into your original source thought.

Time doors, time experiences are inching their way towards all of the ancient and modern artifacts of Power.  When a time door is opened, it effects the molecular spin of the entire planet. Even though you are moving as fast as you can in your mind, your actions  will appear to be cartoon like moving in slow motion.  Everyone perceives time differently. The molecular spin of life has slowed to look at itself, Revealing where there are rips and tears in the time sequences.  Planet Earth is being issued a declaration that it must move its awareness out of the past and move forward into a future that has been seeded for them.  time, as you know it, is under construction. And a rerouting is in progress.

As the sands of time slide through the portals of all that is sacred, seen, and unseen, humanity’s hope is unveiled as it is seen in a full spectrum of possibility.  As Time begins her journey back towards herself, her place of preference, she asks you to not give up on what lives in your heart.

The Universe has placed within you a seed that cannot die, that cannot be sown into another’s pocket.  The Universe has placed in you a time mark that asks to be viewed under the microscopic eye of your true heart. The unknowable becomes seen in the Halls of Time. That which has been emptied, now becomes full. Freeing itself from definition.  There is nothing to let go of, you are simply free to explore all that you are. A realm shift awakens from a long slumber to escort you into the nexus cornerstone where time and space meet, embrace and finally become one again.

The prophecy you seek to know bends the rules of physics. It is living and pliable awaiting your instructs. In your awakened state all livingness will respond to you, thus the need for future knowledge is short and to the point. In the hologram of earth when you see the future you change it, When you have a need see it fulfilled, know that the universe shifts in accordance with your personal beliefs.

With this rapidly unfolding shift in conscious awareness you are losing your Past as the Past, and Time no longer exists as you have known it. With no past to create your future and no future time to worry about past successes and failures, the opportunity to create and experience yourself in this next Present Time moment holds unlimited possibilities.

In this episode, Steve and Jim will talk about the Unlimited Possibilities of the Present Time Moment. 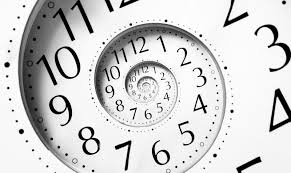