Ex-Senior Counsel for the World Bank legal department reports corruption to US Congress, the World Bank’s other member countries, and the public.

Karen Hudes studied law at Yale Law School and economics at the University of Amsterdam. She worked in the US Export Import Bank of the US from 1980-1985 and in the Legal Department of the World Bank from 1986-2007. She established the Non Governmental Organization Committee of the International Law Section of the American Bar Association and the Committee on Multilateralism and the Accountability of International Organizations of the American Branch of the International Law Association. What did Karen Hudes blow the whistle on? In 2007 Karen warned the US Treasury Department and US Congress that the US would lose its right to appoint the President of the World Bank if the current American President of the World Bank did not play by the rules.

Just last week Yiannakis Omirou, Cypriot House of Representatives President, was calling for the nation to accept it is “time for responsibility” as they progressed towards a final solution; and yet today, as Cyprus’ Famagusta reports, he believes the ‘Troika-imposed’ responsibility will, “turn Cyprus into a colony of the worst possible type.” His ‘Icelandic’ solution is to “leave the Troika and EMS behind,” to ensure “national independence, national sovereignty, moral integrity, and economic independence.” He may have a point; judging from the chart below of the Troika’s poster-child Greece, relative to Iceland, things are not going so well. As Omirou ominously concludes, “if we remain bound by the Troika and the memorandum Cyprus’ destiny is already foretold and there will be no future.”

There is no other alternative but to free Cyprus from the bonds of the troika and the memorandum, House of Representatives President Yiannakis Omirou has said.

Omirou also expressed his conviction that no Attorney General would dream of not following through with the results of an investigation led by an independent committee to apportion blame on those responsible for bringing the country’s economy and banking sector near collapse.

Omirou talked about the troika demands, which according to him will multiply and will turn Cyprus to a colony of the worst possible type and warned “I would like to send a message to the Cyprus people that there is no other way, there is no alternative apart from freeing (the country) from the troika’s and the memorandum’s bonds”.

He noted that certainly, “this road will demand sacrifices”, adding that “by leaving the troika and the EMS behind us, we will ensure our national independence, our national sovereignty, our moral integrity and our economic independence”.

“If we remain bound by the Troika and the memorandum Cyprus’ destiny is already foretold and there will be no future”, he pointed out.

To understand the core problem in America today, we have to look back to the very founding of our country.

The Founding Fathers fought for liberty and justice. But they also fought for a sound economy and freedom from the tyranny of big banks:

“[It was] the poverty caused by the bad influence of the English bankers on the Parliament which has caused in the colonies hatred of the English and . . . the Revolutionary War.”
– Benjamin Franklin

“There are two ways to conquer and enslave a nation. One is by the sword. The other is by debt.”
– John Adams

“All the perplexities, confusion and distress in America arise, not from defects in their Constitution or Confederation, not from want of honor or virtue, so much as from the downright ignorance of the nature of coin, credit and circulation.”
– John Adams

“If the American people ever allow the banks to control issuance of their currency, first by inflation and then by deflation, the banks and corporations that grow up around them will deprive the people of all property until their children will wake up homeless on the continent their fathers occupied”.
— Thomas Jefferson

“I believe that banking institutions are more dangerous to our liberties than standing armies…The issuing power should be taken from the banks and restored to the Government, to whom it properly belongs.”
– Thomas Jefferson

“The Founding Fathers of this great land had no difficulty whatsoever understanding the agenda of bankers, and they frequently referred to them and their kind as, quote, ‘friends of paper money. They hated the Bank of England, in particular, and felt that even were we successful in winning our independence from England and King George, we could never truly be a nation of freemen, unless we had an honest money system. ”
-Peter Kershaw, author of the 1994 booklet “Economic Solutions”

Indeed, everyone knows that the American colonists revolted largely because of taxation without representation and related forms of oppression by the British. See this and this. But – according to Benjamin Franklin and others in the thick of the action – a little-known factor was actually the main reason for the revolution.

To give some background on the issue, when Benjamin Franklin went to London in 1764, this is what he observed:

When he arrived, he was surprised to find rampant unemployment and poverty among the British working classes… Franklin was then asked how the American colonies managed to collect enough money to support their poor houses. He reportedly replied:

“We have no poor houses in the Colonies; and if we had some, there would be nobody to put in them, since there is, in the Colonies, not a single unemployed person, neither beggars nor tramps.”

In 1764, the Bank of England used its influence on Parliament to get a Currency Act passed that made it illegal for any of the colonies to print their own money. The colonists were forced to pay all future taxes to Britain in silver or gold. Anyone lacking in those precious metals had to borrow them at interest from the banks.

Only a year later, Franklin said, the streets of the colonies were filled with unemployed beggars, just as they were in England. The money supply had suddenly been reduced by half, leaving insufficient funds to pay for the goods and services these workers could have provided. He maintained that it was “the poverty caused by the bad influence of the English bankers on the Parliament which has caused in the colonies hatred of the English and . . . the Revolutionary War.” This, he said, was the real reason for the Revolution: “the colonies would gladly have borne the little tax on tea and other matters had it not been that England took away from the colonies their money, which created unemployment and dissatisfaction.”

(for more on the Currency Act, see this.)

Alexander Hamilton, the nation’s first treasury secretary, said that paper money had composed three-fourths of the total money supply before the American Revolution. When the colonists could not issue their own currency, the money supply had suddenly shrunk, leaving widespread unemployment, hunger and poverty in its wake. Unlike the Great Depression of the 1930s, people in the 1770s were keenly aware of who was responsible for their distress.

[T]he creation and circulation of bills of credit by revolutionary assemblies…coming as they did upon the heels of the strenuous efforts made by the Crown to suppress paper money in America [were] acts of defiance so contemptuous and insulting to the Crown that forgiveness was thereafter impossible . . . [T]here was but one course for the crown to pursue and that was to suppress and punish these acts of rebellion…Thus the Bills of Credit of this era, which ignorance and prejudice have attempted to belittle into the mere instruments of a reckless financial policy were really the standards of the Revolution. they were more than this: they were the Revolution itself!

The British Parliament took away from America its representative money, forbade any further issue of bills of credit, these bills ceasing to be legal tender, and ordered that all taxes should be paid in coins … Ruin took place in these once flourishing Colonies . . . discontent became desperation, and reached a point . . . when human nature rises up and asserts itself.

In fact, the Americans ignored the British ban on American currency, and:

“Succeeded in financing a war against a major power, with virtually no ‘hard’ currency of their own, without taxing the people.”

Indeed, the first act of the New Continental Congress was to issue its own paper scrip, popularly called the Continental.

Franklin and Thomas Paine later praised the local currency as a “corner stone” of the Revolution. And Franklin consistently wrote that the American ability to create its own credit led to prosperity, as it allowed the creation of ample credit, with low interest rates to borrowers, and no interest to pay to private or foreign bankers .

Not Ancient History … One of the Most Vital Issues of Today

Is this just ancient history?

The ability for America and the 50 states to create its own credit has largely been lost to private bankers. The lion’s share of new credit creation is done by private banks, so – instead of being able to itself create money without owing interest – the government owes unfathomable trillions in interest to private banks.

Read this background to understand how money is really created in our crazy current banking system. And read this and this to learn why we are paying trillions of dollars to the big banks in unnecessary interest costs.

America may have won the Revolutionary War, but it has since lost one of the main things it fought for: the freedom to create its own credit instead of having to beg for credit from private banks at a usurious cost.

No More Federal than Federal Express

Indeed, the money-center banks in New York control the New York Fed, the most powerful Fed bank. Until recently, Jamie Dimon – the head of JP Morgan Chase – was a Director of the New York Fed. Everyone knows that the Fed is riddled with conflicts of interest and corruption.

The long-time Chairman of the House Banking and Currency Committee (Charles McFadden) said on June 10, 1932:

Some people think that the Federal Reserve Banks are United States Government institutions. They are private monopolies ….

The Federal Reserve is no more federal than Federal Express!

Most people now realize that the big banks have become little more than criminal enterprises.

No wonder a stunning list of economists, financial experts and bankers are calling for them to be broken up.

But the Federal Reserve is enabling the banks. Indeed, the giant banks and the Fed are part of a malignant, symbiotic relationship.

The corrupt, giant banks would never have gotten so big and powerful on their own. In a free market, the leaner banks with sounder business models would be growing, while the giants who made reckless speculative gambles would have gone bust. See this, this and this.

It is the Federal Reserve, Treasury and Congress who have repeatedly bailed out the big banks, ensured they make money at taxpayer expense, exempted them from standard accounting practices and the criminal and fraud laws which govern the little guy, encouraged insane amounts of leverage, and enabled the too big to fail banks – through “moral hazard” – to become even more reckless.

Indeed, the government made them big in the first place. As I noted in 2009:

(1) The government created the mega-giants, and they are not the product of free market competition

(3) Giant banks are good for the economy

The Creature from Jekyll Island, By Edward Griffin

Why Is The World Economy Doomed? The Global Financial Pyramid Scheme By The Numbers ~ Michael Snyder

Excellent speech on the corrupt banking system by 12 year old

She describes the corrupt banking system in Canada that is also operating all over the world. 12 year old girl gets it..WHY DON’T YOU??? – Truth in the Youth!

What If We Adopted A System Where The Banks Did Not Create Our Money? 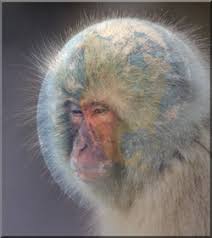