A hard-hitting investigative report recently published by a prominent German newspaper has uncovered some shocking details about the tactics being used by chemical giant Monsanto in assuming control of global agriculture. According to this thorough analysis, Monsanto appears to be aggressively targeting independent researchers, scientists, activists, and others opposed to genetically-modified organisms (GMOs) by utilizing the vast resources and manpower of both the United States federal government and the American military-industrial complex

The report, which recently appeared in the July 13 print edition of Suddeutsche Zeitung (SZ), explains in rigorous detail how both individuals and groups opposed to GMOs and other chemical-based crop technologies have been threatened, hacked, slandered and terrorized for daring to digress from the pro-GMO status quo. On numerous documented occasions, pertinent information about the dangers of GMOs or lack of GMO safety data has been effectively blocked from timely release by mysterious forces that many say are the chemical industry in disguise.

“A conspicuously large number of Monsanto critics report regular attacks by professional hackers,” explains an English-translated snippet from the SZ report. “There are (Monsanto) ties with the U.S. secret services, the U.S. military, with very hard operating private security companies and of course, with the U.S. government.”

A telling example of this was when the European environmental group Friends of the Earth (FOTE), together with the German Environmental and Nature Protection Association (BUND), was targeted prior to releasing a damning study on the health-damaging effects of glyphosate, the primary active ingredient in Monsanto’s Roundup herbicide. A mysterious virus infected the computer of the study’s main organizer just days before publishing, which threatened to delay several important press releases.

The distinguished GMO truth website GMWatch.org has also been relentlessly targeted with “cyber attacks” since at least 2007, a disturbing trend that the site’s main editor is convinced originates from the biotechnology industry. As we reported back in 2012, some of the strongest attacks against the site came just weeks and days before the historic Proposition 37 vote in California, which would have mandated GMO labeling at the retail level.

As it turns out, Monsanto has many close friends within the ranks of the U.S. federal government these days. Scores of key government positions, in fact, are now held by former Monsanto executives, a strategic move that has given the multinational corporation exclusive access to the types of resources necessary to carry out cyber attacks against its opponents on a massive scale.

Monsanto’s own executives have even admitted in years past that so-called cyber “warfare” is necessary for the purpose of protecting its own economic interests both domestically and abroad.

“Imagine the internet as a weapon, sitting on a table,” former Monsanto Head of Public Relations Jay Byrne is quoted as saying back in 2001. “Either you use it or your opponent does, but somebody’s going to get killed.”

These are powerful words, and ones that ring increasingly true as reports continue to emerge about Monsanto’s intimidatory tactics against foreign governments that refuse its offerings. Confidential documents recently made public through Wikileaks, for instance, revealed a plan by government officials to “retaliate” against nations that refused to accept GMOs, even when the people of those nations wanted nothing to do with the technology.

All the sordid details of the U.S. government’s collusion activities with the biotechnology industry are available in the full, English-translated SZ report, which you can read here:
http://sustainablepulse.com

You can also learn more about the dangers of GMOs by visiting:
http://sustainablepulse.com/ 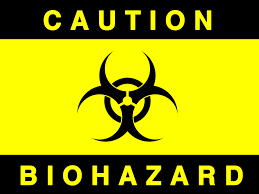